Hlavná stránka > Social life in the forest park of Brezina

Social life in the forest park of Brezina

Fifty years ago, in the area of the present-day District Office, Gastrocentrum and apartment buildings with shops, picturesque Brezina slopes descended beyond and towards the romantic Old Town houses. In the past, it was possible to access Brezina from the city via the Ľudový hájik (Folk Grove) alley. The street started where today’s stairs to the House of Government are situated, running between the houses and along the medieval walls.

Sometime around 1900, the slope above today’s atrium below the City Tower was forested up to the border of the Cherry Orchard. The planting in this area took the form of a park. Apart from young trees, there were also gravel paths and benches. This cultivated place was a popular spot for a walk, often visited by elderly as well as young citizens of Trenčín. As the years passed, the park name changed: Ludoviteum (in honour of Ľudovít Stárek), Népkert, Volksgarten, but also Ľudový hájik. Now, there is no trace left of this park – young trees have grown thicker and formed a dense forest, while the romantic alley fell victim to drastic socialist reconstruction in the 1970s. 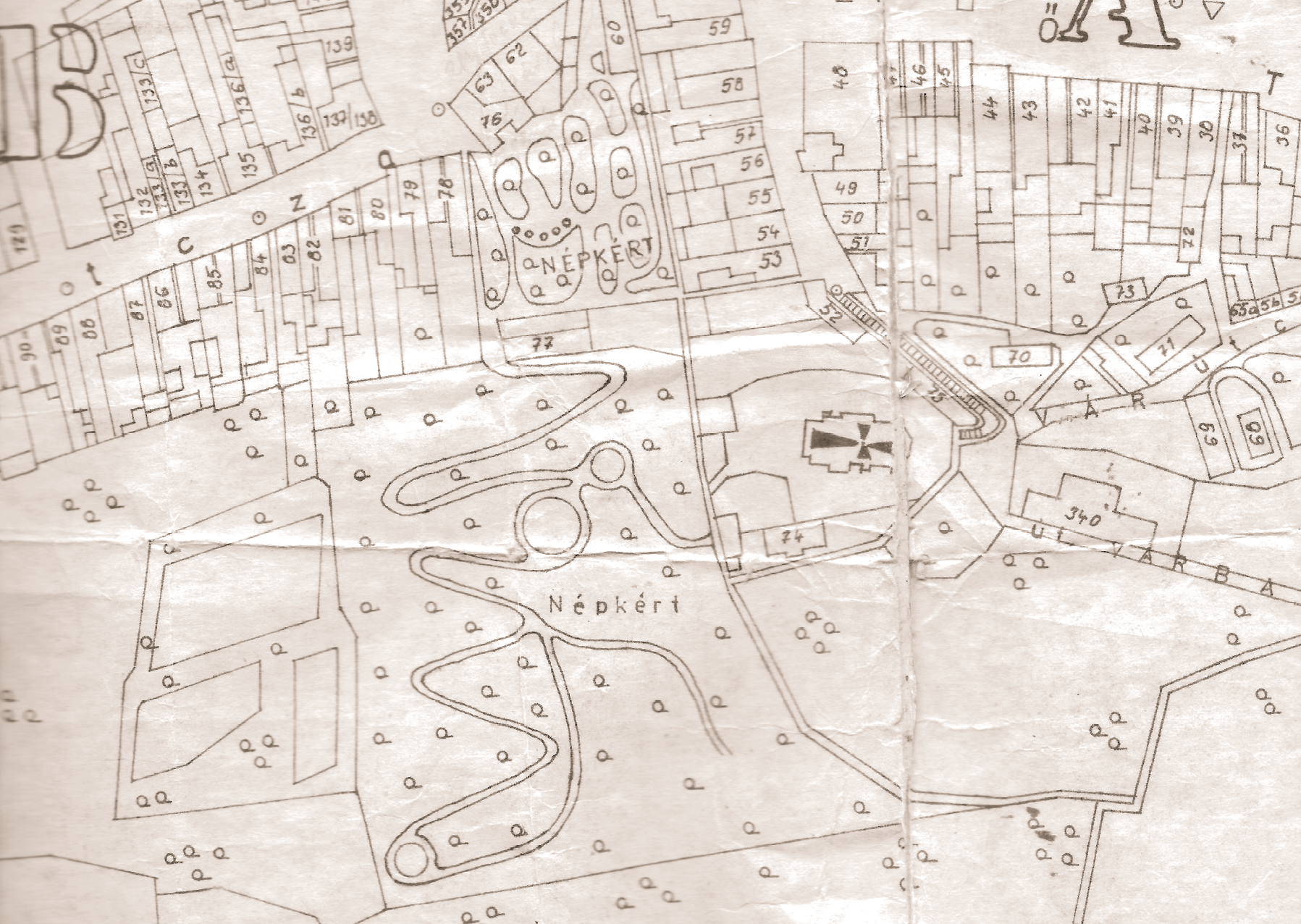 Around 1920 – 1930, the people of Trenčín were enchanted by the newly planted Brezina. People used to go on trips here and soldiers from the Trenčín barracks sent home photos of Brezina. In those times, many summer events in Trenčín took place by the “kyselka” (spring of acidulous mineral water), in a park or near the Váh River. Brezina also gradually became a renowned social scene. According to a guidebook from 1935, “in the summer afternoons, pleasant company can also be found in Brezina. There is a kiosk in this beautiful natural landscape, along with music played on Sundays and public holidays.”

The kiosk was actually an inn, which stood on the site of today’s Hotel Veverica. Celebrations of Majáles (traditional spring celebration in May), Juniáles (traditional summer celebration in June) and dance parties were held and organized by various associations, merchants and traders from Trenčín. One of the most active associations was the Trenčín Gym Association, which had a special Entertainment Committee set up for summer parties in Brezina. The organizers often donated the profits from the events to charity, to support poor grammar school students or help orphans.

However, over time, the “goulash crews” became a thorn in the kiosk keepers’ side. The parties would gather near the kiosk, bringing their own provisions and thus depriving the innkeepers of profits. Observing good manners in Brezina was also strictly maintained. The offence, which was even reported in newspapers in March 1925, would sound ridiculous to our contemporaries: “On 1 March, the local constabulary found a band in Brezina that cheerfully played the ‘pontoon’ (the card game also known as Vingt-Un). The band, except for one member, consisted of apprentices, mainly workers. They were reported to the court.”

The older citizens of Trenčín remember Brezina as the place where they spent their childhood. One of the most popular areas among boys was the natural terrace under the Cherry Orchard, right next to the fortification walls. It was great for playing football, hence the name Marakana – after the stadium in Rio de Janeiro. Today, the field has merged with the vegetation. The younger generations remember the Cherry Orchard as an ideal place for romantic dates.

Author: prepared in collaboration with the State Archive in Trenčín.