Trenčín Castle – dominant feature of the city of Trenčín and the entire region of Považie. Together with Spiš Castle and Devín Castle, Trenčín Castle belongs to the most extensive castles in Europe.

Since ancient times, the castle has guarded trade routes connecting the region of Northern Ugria and mining towns of Central Slovakia with Bohemia, Moravia, Silesia and Poland.  History of the castle dates back to the 11th century, when it consisted of residential tower and rotunda, remains of which can be seen in the upper courtyard. At the end of 13th century, the castle became property of Matthew Cszak who owned almost 50 castles and became the legendary Lord of Váh and Tatras. The tallest Mathew´s Tower offers beautiful views of Považie (River Váh Region).

Subsequent owners gradually altered and re-built the castle to fit their vision. King Louis of Anjou built a new palace – the Louis palace that presently houses an exhibit of the 17th – 19th century furniture. Sigmund of Luxembourg donated the castle to his wife Barbora Cellska and built the Barbora´s palace for her. Stephen Zápoľský acquired the castle at the end of the 15th century and started expansive rebuilds. The Zapolya´s palace is the youngest palace of the Trenčín Castle.

Barracks, oubliette, cannon bastion and the well of love can all be seen in the lower part of the castle. The barracks used to house garrison and were also used to store munition.  Today the barracks house an exposition of medieval and modern fire guns.

The oubliette was originally built as an observation tower.  Later, the tower started to serve as the castle´s dungeon. Since 2014, the tower houses exposition of medieval torture devices.  The bravest amongst its visitors can try and put their heads into a pillory placed in front of the dungeon.

The Cannon Bastion used to protect the bridges over Váh.  Today, the bastion is used for wedding ceremonies, cultural events and occasional exhibitions.  Located near the bastion is the fabled Well of Love, important part of the legend of love between a Turkish man Omar and the beautiful Fatima.

Fatima was a prisoner of the castle´s lord Stephen Zápoľský and for Omar to set her free, he was tasked with digging a water well into the hard rock of the castle. He and his companions succeeded after three years of digging. Omar handed the first goblet of water to Zápoľský with the following words: Zápoľský, water hast thou, but not the heart. When Omar carried the newly freed Fatima away from the castle, her veil got stuck on a rose bush. The oldest inn in Trenčín called The Veil was built on the same spot, known nowadays as the restaurant Fatima.

The Trenčín Castle definitively lost its military significance at the end of the 18th century.  Huge fire that erupted on June 11, 1790 and almost destroyed the city, devastated the castle as well. Last owner, Iphigenia De Castris D´Harcourt, donated the castle to the city of Trenčín in 1905. 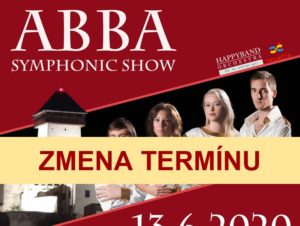